The great opportunities for the BTC casino market

The Internet has been a constantly accelerating engine for the German economy for a long time. In the same way, this not-so-new technology is also having an impact on the industry that is rarely talked about in Germany. The Internet has revolutionized the gambling industry in recent years and from live roulette for German players to slot machines that are offered virtually to the ever-popular sports betting, you can find just about everything online that is also available offline. Numerous new types of games have even been developed. The most promising casinos are the one where you can pay via Monero, Bitcoin or other Cryptocurrencies.

Legislators are trying to get gambling off the streets 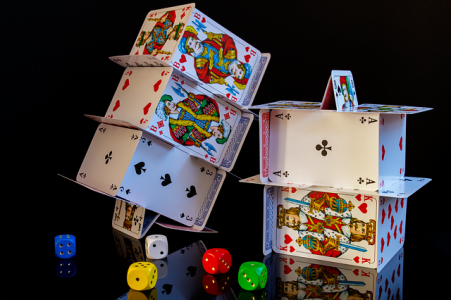 Gambling has always been somewhat frowned upon in Germany. Even though the ancient Roman historian Tacitus already stated that the Germanic tribes were very inclined towards gambling, gambling in Germany has always been strictly regulated. The rulers of the state were and are well aware that the otherwise serious Germans’ penchant for gambling can assume dangerous proportions.

In the long line of attempts to curb the gambling weakness of the Germanic people, there has recently been a new entry. The legislature has decided that there must be a minimum distance between slot machine casinos and that in the vicinity of secondary schools a ban mile for casinos with slot machines is established.

This has led to a great thinning out of the density of slot machines in Germany and to the fact that the virtual one-armed bandits, which you can easily start playing on your phone, are becoming even more attractive.

The trend goes to the mobile Gaming

Gaming on mobile communication platforms such as cell phones or tablets has become increasingly popular in recent years. Gambling in particular, which usually has only short and simple rounds of play, is particularly suitable for playing on the move. Without having to venture into a dodgy slot machine casino, anyone can play as they please. With internet access becoming faster and cheaper, and wireless network coverage as well, it’s now even easier to try out these games. Even inexpensive smartphones can cope with the rather simply programmed virtual one-armed bandits, no great demands are made on computer capacity.

An online casino is built quickly

Regulators are not a problem

A street corner slot machine casino is easy for any official to find and inspect. An online casino based in Malta is a bigger task for the regulatory official. In addition, due to the free movement of goods and services in the EU, services that are difficult to license in Germany can also be offered from other countries via the Internet. For this reason, the legislators in the individual federal states responsible for gambling regulation in Germany have decided to liberalize the Internet market, which is difficult to regulate, and offer licenses in Germany themselves. Thus, this market should now grow even faster and even more big names will start to appear in this field.

The current global situation and technical development is very favorable to gambling on the Internet. In the future, much of all gambling will take place online and the old-fashioned casinos will have to focus on special offers to stay relevant.