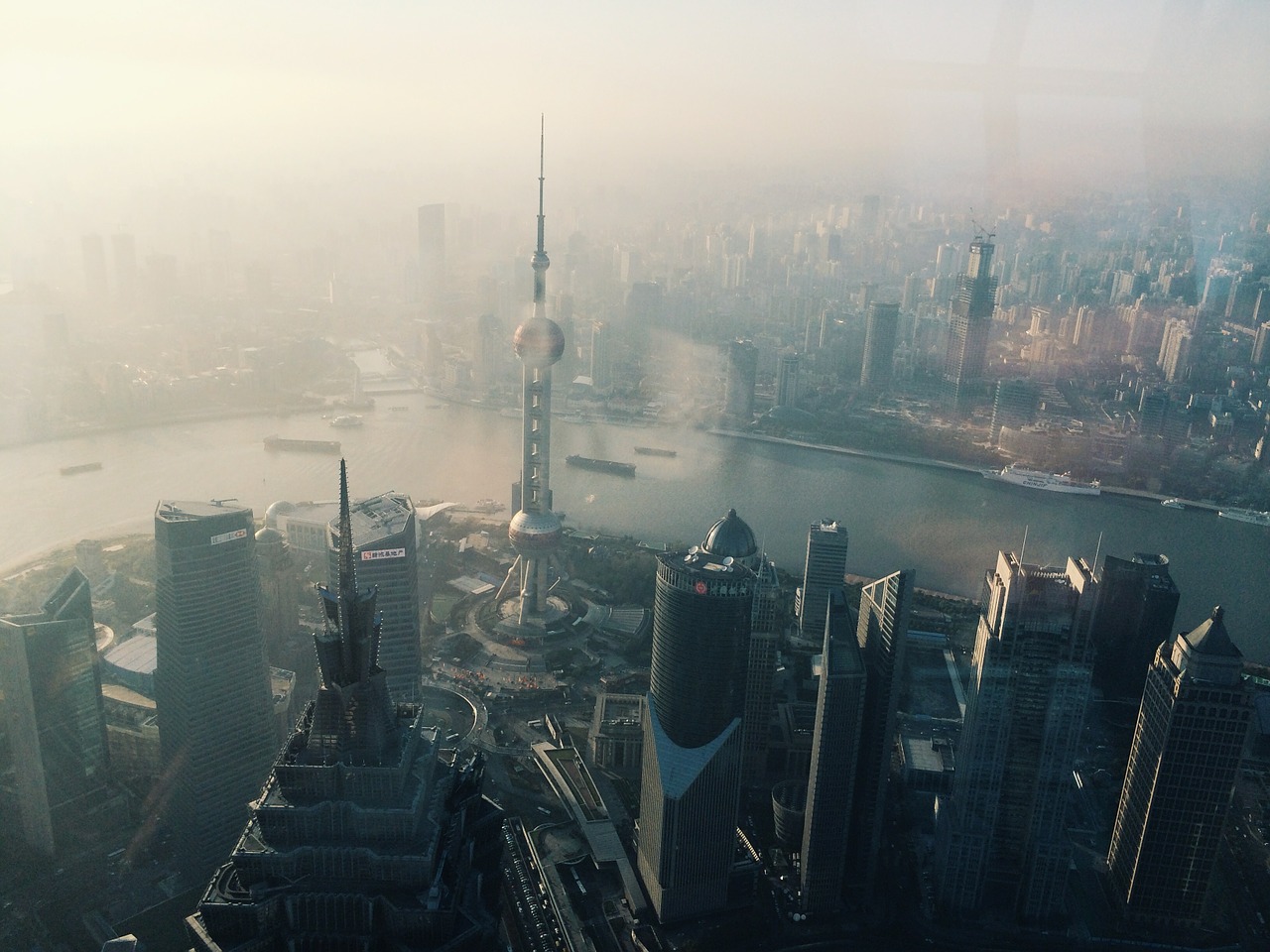 Cash is dirty and potentially contaminated with viruses. For China, this is a good reason to push the digital yuan, which is supposed to replace bills and coins. Behind this, however, is the undisguised intention to give the central bank more monetary policy instruments and to be able to better monitor financial flows. For the EU, the Chinese plans serve as a model.

China is apparently not far away from issuing an official digital currency. According to a report in the Global Times, the central bank, together with a number of private companies and banks, has completed the basic functions of the digital yuan and is now working on the laws to put it into circulation.

The background to this, as with almost everything at the moment, is the Corona crisis. It is also questioning cash. Banknotes move from hand to hand, and so they are potentially also a carrier of viruses that can pass from mouth to hand, via cash to the other hand, and from there to the mouth. Around the world, central banks have already begun quarantining bills and coins. In China, South Korea, the USA. In China, the central bank even went so far as to destroy banknotes and replace them with freshly printed ones. And even the Louvre in Paris, when it was still open, stopped accepting cash. The high law that cash is the only official means of payment valid everywhere in the EU seems to be at odds with protection against the Corona virus.

The question of whether cash is actually a carrier of viruses is controversial. On the one hand, a spokesman for the World Health Organization said that banknotes are of course a carrier for bacteria and viruses and that it is therefore better from a health point of view to pay electronically. However, the spokesperson later stressed that this comment was not related to Corona, nor should it be misconstrued as an official warning against cash. Coronaviruses can indeed survive on surfaces such as paper for hours, if not days, and of course infection is possible from there. But according to virologists, this type of transmission plays a much smaller role, if any, than human-to-human contact. There is no comparison with someone coughing on you. Cash is probably ruled out as the main form of transmission.

Nevertheless, the Corona crisis is giving new impetus to calls for the abolition of cash. Calls for bills and coins to be taken out of circulation altogether, because they are only used by criminals anyway, have long been heard; but for the most part, they remain merely a radical position, while ever new anti-money laundering laws regulate cash so strictly that it is becoming increasingly unsuitable for criminals. As a result, calls to abolish cash have tended to lose steam in recent years.

China is now planning to push ahead more quickly with its long-announced digital currency in order to introduce it as quickly as possible in the slipstream of the Corona crisis. The sanitary measures are rather icing on the cake. More important to the central bank is that a digital currency can become a tool in the fight against the economic crisis. The Global Times explains that “the global viral outbreak has prompted the European Central Bank and the Bank of Japan to cut their key interest rates to near zero or even into negative territory.” Then the party-affiliated Chinese newspaper quotes Cao Yan, director general of the Digital Renaissance Foundation, as saying that if it is necessary in China as a last resort to let the key interest rates become negative as well, a digital currency instead of cash M0 will be able to achieve this.

Negative interest rates mean that money shrinks. Instead of it growing by 1 or 3 percent a year, as it used to in savings accounts, it becomes less by that percentage. The model here is the “Miracle of Wörgl”: a small town in Austria issued “shrinkage money,” which lost one percent of its value every month, and thus coped with the economic crisis of the 1930s. Such a program, of course, will not meet with the approval of the broad mass of savers. Therefore, the central banks fear that the latter will plunder their accounts in order to keep the cash themselves. Such a “bank run” could accelerate the impending collapse of the banks.

Cash may be a thorn in the side of economic leaders. But for citizens, it plays an extremely important role: It is the corrective that allows them to demonstrate against fiscal policy with their feet or bills. If you want to alleviate a crisis with significantly negative interest rates, you have to start by getting rid of cash.

More private than bank transfers, but more transparent than cash

So China’s central bank wants to introduce a digital yuan, read more at https://www.cnbc.com. Surprisingly, it is also taking privacy and data protection into account. That’s because the digital yuan is supposed to work on two tracks. Those who accept and spend smaller sums do not have to identify themselves personally. He can download the app and use it without a connection to a bank account, such as by having someone else pay him. Such a digital currency would be much more private than payment apps linked to bank accounts. Only larger amounts – sums are not yet known – would be linked to know-your-customer measures and dependent on bank accounts.

So China is actually carrying some of the ideological underpinnings of cryptocurrency into their digital currency: it works without a bank, users have – possibly – their own keys, and privacy for the little guy isn’t so bad. But of course, the digital yuan will be centralized. It will be run by the central bank. And, of course, its purpose is not to create privacy – but to enable surveillance.

The digital currency, according to one Beijing analyst, “gives the central bank deeper insights into transactions in the country.” Even if small amounts aren’t linked to identity, transactions are transparent, which is a significant advance over cash from the watchdog’s perspective. And, of course, the fact that larger amounts can only be sent if identity is known also becomes a victory for overseers over privacy. All in all, then, the central bank is certainly hoping that the digital yuan will bring to light the information about which cash is currently still in the dark.

China puts pressure on the West

China’s plans are already relatively far advanced. Initial plans for the digital currency date back to 2014. Since then, the central bank has worked with several tech companies and banks to develop a concept. One of the tech partners is Alipay, the financial arm of China’s Amazon Alibaba, whose payment app is one of the most popular payment methods in China. Alipay recently published five patents on the Chinese digital currency. These cover the currency’s core functionality, such as circulation, payment, issuance and inherent methods to stop money laundering. An insider told the Global Times that after viewing the patents, the technical development is more or less complete.

The next step will now be to create laws for the digital currency and work out with banks, insurers and regulators how to handle it in concrete terms. Partnerships with many banks, such as the large China Merchant Bank, are already in place for this as well. What else are the banks supposed to do but cooperate with the central bank?

Presumably, they will not succeed in bringing out the digital currency during the immediate Corona crisis. But it could be that China will be quick enough to use the digital yuan to get a better handle on what now seems an inevitable economic crisis. Western countries – and other Asian countries – are in danger of falling behind – and that’s after China has already done a better job of fighting the virus than Western countries like Italy, Spain and the United States. If the country now also does better in alleviating the economic crisis, this should once again signal to the world that the Chinese system of central planning and lack of civil liberties is the better answer to the challenges of the 21st century.

The EU is obviously aware of this situation. The European Central Bank, for example, is also working on a digital currency and has at least managed to attract more attention to the topic in the wake of the Corona crisis. One of the elementary problems that the concepts so far deal with is the balance between privacy and the prevention of money laundering. On the one hand, the digital euro should be private, but on the other hand it should not be abused by criminals. Here, too, the solution apparently goes in a two-track direction: individual, anonymous tokens can be purchased up to a certain value, while strict identification is required for larger sums. Unlike China, however, the ECB may find it difficult to completely remove cash from circulation and prevent alternative digital currencies – whether issued by countries like China or the U.S., by corporate alliances like Facebook’s Libra, or, like Bitcoin, by no one – from circulating in parallel. This could prevent the authoritative effect the Chinese central bank hopes its digital yuan will have, or at least significantly delay its launch. It is questionable if it will have success, because BTC is established already. There are hundreds of coupons for different services, find out more at https://cryptocoupons.org/.

It has not yet been decided how specifically the states’ digital currencies will be designed. But it’s becoming increasingly clear that they are coming, and it’s also becoming apparent that every crisis gives development a boost. The die is already cast, so to speak, even if the Rubicon has not yet been crossed. For those who are interested in a freedom of money, and who want citizens to continue to have a tool to vote with their money against the monetary policy of the central bank – for those, it has never been so precious as it is today that Bitcoin and other free cryptocurrencies exist.